Manchester’s three newly elected members of the national Youth Parliament (MYPs) have been announced at a ceremony held in Manchester’s council chamber.

The winning candidates were revealed following a citywide vote that was open to all young people in Manchester.

Manchester’s new MYPs are Virgina Collins aged 15, Lois Adela aged 14, and Daanya Isa aged 16, and they will each serve a term of two years in their new role.

MYPs are elected every two years by other young people in their local area. Their role is to give young people a platform – listening to marginalised groups, organising events, making films, meeting MPs, lobbying for change, organising campaigns and appearing in the media – to amplify the views of their peers and to get young people’s voices heard.

During their term of office, Members of Youth Parliament work with their local MPs, decision-makers, councillors, and local youth groups on the issues of greatest concern to their constituents.

Young people’s mental health, increasing opportunities for young people, putting a stop to discrimination, ending period poverty, and reducing youth crime were amongst the many issues that Manchester’s winning candidates highlighted during their election campaigns.

Virgnia Collins, a pupil at Trinity CE High School, said: “As a MYP I am most excited about giving young people a voice and my main priorities are creating opportunities for young people, increasing mental health awareness, and decreasing discrimination.”

Lois Adela who attends Dean Trust School in Ardwick, said: “I’m mostly excited about meeting other young leaders just like myself to plan and collaborate to make Manchester an even better place than it already is!  My top three priorities as a MYP will be to make young people feel safe to express who they are, to reduce youth crime, and to raise awareness of all sorts of discrimination.”

Daanya Isa, from St Peter’s RC High School, said: “As a MYP my three top priorities are to battle the stigma around mental health, work towards ending inequality, and reducing period poverty.  I’m also really excited to gather the Make Your Mark ballots and find out the results to see what we can do to help.”

As MYPs the three now have the chance to actively work on the issues they have identified alongside their peers nationally, as well as with young people in Manchester, the city council, and others, to help make a difference.

Their appointment comes at a crucial time as the city and the world emerges from the last two years of a pandemic that affected children and young people perhaps more than most, as they faced repeated lockdowns and home-schooling that took them away from their friends as well as their classrooms.

Locally, the city council has also launched the ‘2022 Our Year’ campaign – a year of opportunity for the city’s children and young people – to help redress the balance and make up for the last two years.  Giving young people a voice is very much part of this.

Councillor Garry Bridges, Executive Member for Children and Schools, Manchester City Council, said:  “In Manchester we pride ourselves on listening to what young people tell us and involving them in decisions taken in the city. We have incredibly passionate and informed young people who have clear ideas about what they want to see for our city now and in the future.

“I look forward to working with the newly elected MYPs. What they have to tell us matters more than ever. As we emerge from the pandemic into Our Year 2022 – Manchester’s year dedicated to children and young people- we want to empower young people to speak up about the issues that matter to them and to respond to what they are telling us.” 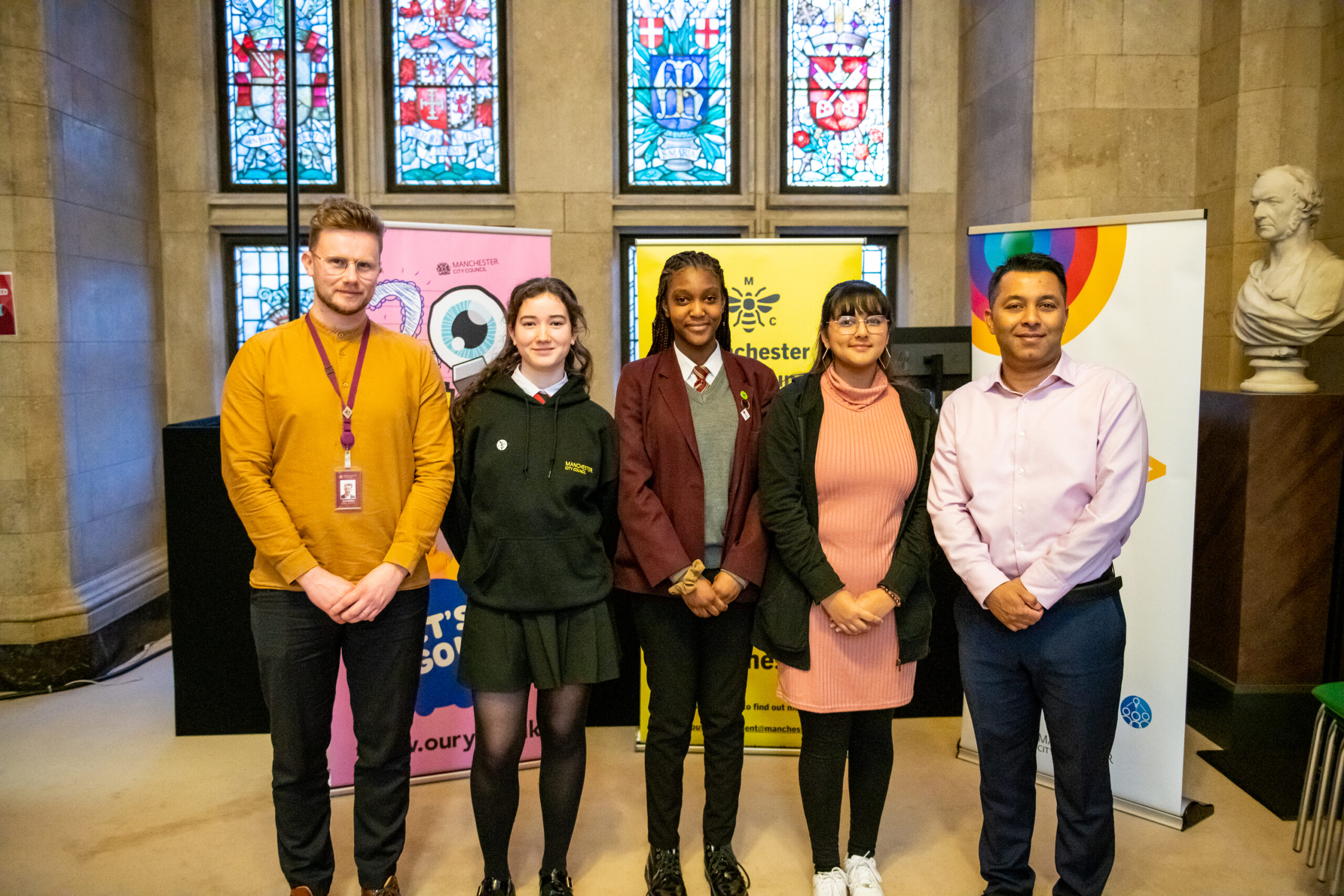